KATHMANDU, July 30 (Xinhua) -- At least 26 people have been killed and 42 others missing following landslides in western Nepal on Wednesday night, officials said.
Some 20 dead bodies have been recovered from Lumle Village Development Committee (VDC) and Bhadaure Tamaghi VDC in Kaski District so far, according to officials involved in the rescue operation.
Lumle, some 30 kilometers west of Pokhara, has been a famous tourist destination in Nepal which attracts thousands of domestic as well as international tourists every year. Lumle VDC is a gateway to the nature trek reaching the Annapurna Base Camp (ABC) in western Nepal. However, no foreigner is found killed or injured in the landslide so far.
"We have recovered 15 dead bodies in Lumle alone and another 28 people have gone missing as 14 houses were buried in the landslide, " chief district officer of Kaski District, Krishna Bahadur Raut, told Xinhua by phone from the site.
He also said that five people were killed and 14 others injured in Bhadaure Tamaghi VDC after villages were hit by the landslide.
Five houses were completely destroyed while some schools and temples in the remote villages are said to be partially damaged, according to local officials.
Rescue operations are currently underway, the officials said.
Meanwhile, at least six people have been killed in a landslide that buried houses in Mudi and Muna VDC of Myagdi district on Wednesday night, Nepal's leading news portal ekantipur.com reported.
... 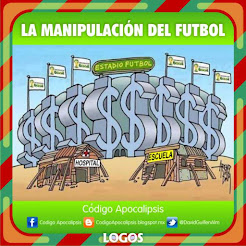